Some of the most dangerous and gruelly work in this country’s history has been mining, in particular coal mining that used European immigrants — men and children — as their primary mode of production.

In addition, some of the most brutal resistance of paid workers in this country has come out of miners struggles all over the country. Brutal repression was usually the result.

Still today the mining industry has the worst safety record in the country, with still the highest number of fatalities per worker in the country. The huge dependency on coal in this country’s development and still today has helped the coal industry amass huge amounts of capital.

This has enabled the coal industry and other mining interests to work alongside the interests of large oil companies in weakening regulations and laws that might cut into their profits.

Coal is the second leading cause of greenhouse gas developing (second only to automobiles) and mining in all its forms is the most environmentally destructive enterprise on the planet, besides possibly nuclear weapons testing.

What can we learn from our ancestors’ struggle to lead us forward to tomorrow? 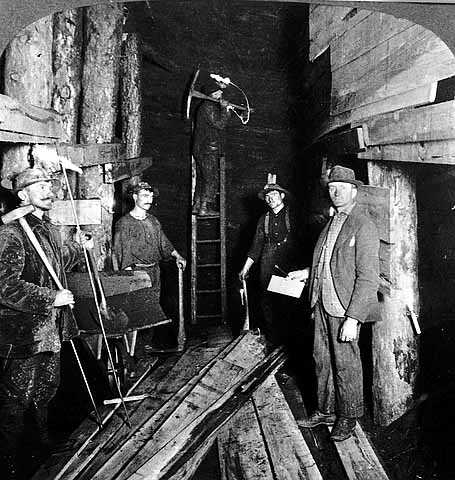 Forty miners at the Oliver Iron Mining Company on the Mesabi Iron Range in northern Minnesota walk off the job. The strike was marked by violence and repression. The civil liberties of strikers were violated, mine guards and police used force to intimidate strikers, union leaders were jailed, and the company refused to negotiate with the workers. The strike ended in mid-September when the workers won some of their demands.