More evidence of the power of strikes! 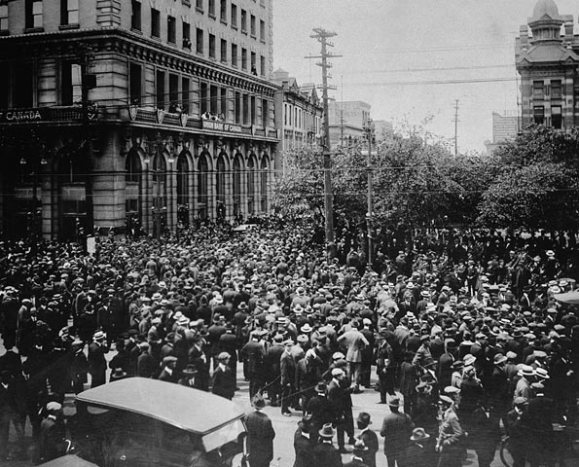 A general strike called by the Winnipeg Trades and Labour Council brings out 30,000 workers – half of whom were not even union members – in support of the city’s building and metal trade workers, on strike over wages and working conditions. For six weeks, the city came to a halt.