Excerpts from Bury Northern Pass: A monthly newsletter.  This month Shaheen lays it straight about burying Northern Pass and the energy company’s foot dragging on the issue, Jeb Bradley’s next effort to help his friends in Big Energy falls flat and an opinion piece from a concerned citizen to the Colebrook Chronicle.  Enjoy! 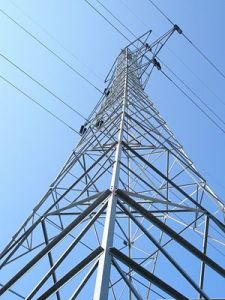 Shaheen: “If NPT can bury 7.5 miles, why not all of it?”
Excerpt from “Senator Shaheen holds town meeting [Colebrook, April 2], answers questions.”
Coos County Democrat, p. 15
4/8/2015
Bill Schomburg of Columbia asked how things stand with the proposed Northern Pass Transmission project, which he has steadfastly opposed.
Senator Shaheen replied that the clock had been reset in 2013 when NPT proposed a new northern route.
The draft Environmental Impact Statement should be released between now and June, she said, noting that 7,000 comments had been received from 5,000 people. Another comment period will be held before the Final EIS is issued.
The senator said she still has questions about Northern Pass, including why the whole line cannot be buried underground as is being proposed in both Vermont and New York State.
“If NPT can bury 7.5 miles, why not all of it? Shaheen asked. And, she said, the project must directly benefit New Hampshire. Shaheen noted that she believes that, as proposed, the electricity would all go to southern New England. She said that she is looking to ensure that the process is transparent and there are sufficient opportunities for Granite Staters to be heard.

Parasitic Northern Pass, excerpts from an LTE by John Amey
Colebrook Chronicle, April 3
Like a parasite on an animal that never really goes away,Northern Pass LLC is rearing its ugly head, once again. Now it comes in two forms, to the North Country, a bearer of small gifts, as in participating in long-overdue cell service and throughout the state with “chump change” for conservation projects. To make matters worse, they are trying to bring gifts of cash to the doors of N.H. Fish and Game and other Conservation organizations, allegedly for bona fide purposes but under the radar, thinking that we, the public, have forgotten that NHFG is one of the stakeholders when the High Voltage DC plan comes to a vote at the state Site Evaluation Committee.
And furthermore, to add insult to injury,letters of “concern and instruction” are being circulated to certain towns along the proposed route, regarding wetland mitigation issues that might concern them.
Northern Pass LLC has yet to receive a Presidential Permit to enter the United States from Canada, has yet to solve issues blocking a complete route on the ground, through properties of unwilling landowners and is just now ready to present the Environmental Impact Study which is coming to all intervenors to the project from the US department of Energy. It is my fear that town officials are going to feel pressured to do something, quickly, as the proposal moves forward, trying to appear that approval is imminent. In my opinion, the people have spoken in the 31 towns most affected, and the answer is a resounding “NO.” Only a complete burial of Northern Pass Lines will garner any support from the countryside and only then will town officials need to talk about construction details. . . .
We have recently learned, through the State DOT that where current underground segments are proposed by Northern Pass, there will be multiple conduits installed to make further expansion of the original proposal more convenient and we all know that once the corridor is in place, more lines will come, as demand for electric power expands in southern New England and beyond. . .
We, the opposition, are fighting this above-ground proposal by Northern Pass for free, against very high odds and millions of dollars of lobbying, but we don’t intend to lose. Even former employees of Hydro-Quebec are saying that the ‘”New Hampshire route for export of power to Southern New England is blocked.” Energy conservation, coupled with more modern energy transmission proposals will, in the end, prove that our efforts have been well worth our time. We are thankful for all the hard work of our people toward this goal.
John Amey, Pittsburg

Northern Pass loses a shill
Marc Brown/New England Ratepayers Association stripped from SB60
The mysterious Mr. Brown, who has always declined to reveal the source of the funding for NERA and who has consistently promoted Northern Pass, ran into trouble this week when two legislators (Moffet, Backus) on the House STE Committee questioned why SB60 was giving him a berth on the decoupling commission as the ratepayer representative. They’d never heard of him or his organization and weren’t happy with his lack of transparency. Dave Solomon reports the story: unionleader.com/article/20150406/NEWS05/150409554
STE later voted 16-5 to remove Brown from SB 60.
***************************************************************
Newsletter from: burythenp@gmail.com