The Hand That Feeds You 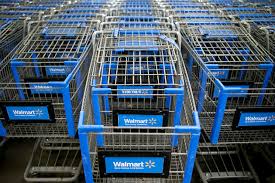 If you live in America and shop for your food, services and other goods in the mainstream market, then you have probably been served or helped by a low-wage worker.  If you don’t work in the low-wage world, then more than likely you have the convenience of not having to consider the sacrifice that these people make to serve your needs.

From the retail worker checking out your goods on a weekend or late in an evening, checking out your last minute the holiday eve, the person who is there to punch in the amount of your fuel at the last minute before rushing to your relative’s house for a day of relaxation and celebration. The person who hands you your sliced deli meats after you get out of work, the one who hands you a cappuccino.  Get the point?

While you, middle class person that you are, have put in your time in a regular schedule, the same shift every week, the same pay that allows you to purchase a house, a new car, finance for the kids college, yes that gives you some semblance of a future to hope for a sanity for today based on some measure of predictability, there exists an entire economy of people toiling and struggling to make ends meet, who end up on the bottom of the social ladder to serve your interests, who have no ability to negotiate anything; if they want the job they will be on the job when appointed to do so — mostly in service to your desires.

Its awfully convenient to be able to run into the toy-store two hours before official Christmas Eve to get that last toy, to rush into the convenience or grocery store to pick up a bottle of wine or something you forgot for the dinner celebration.  Its awfully convenient that someone will serve you fried eggs at 3 o’clock in the morning on a Saturday after a long night of partying with your friends, or who will be there in the brisk am on Christmas day to make sure the gas pumps are on so you can drive out of town.

Its all awfully convenient.  But at what price? Most people assume that with the degree of labor or sacrifice given, the employee has room to negotiate and bargain for better wages and working conditions; that the employee who works on a holiday, a late-night or on weekends has chosen to do so, thus we can believe in our minds that there really was no sacrifice at all. 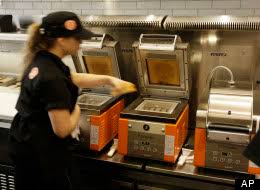 But the fact is that more and more unskilled work is unregulated by an agency of the worker.  Bereft of union representation and the power of organization amongst themselves, most low-wage workers toil in silent rage that soon stifles down to surrender and a sense of complete powerlessness.

It never really is a surprise to anyone either that jobs open to women who don’t have a college education are predominantly in the retail and service industries that pay pitifully low wages.  While non-college educated men can still regularly count on trade work which often has some level of social respect (construction) and/or union representation, most female dominant jobs do not offer union representation, good wages, benefits or even a modicum of social respect.  Instead, women and all too often, people of color of both sexes, ex-felons (even if their felony was non-violent or minor) or those with disabilities are relegated to work that often does not take into account their full potential, nor give them a chance to realize their full potential to contribute to society.  Next time you assume your convenience store clerk has maximized all their opportunities and has reached their apex, think again.

Which is why workers on all levels must stand up to support the fair representation of low-wage workers, so that hopefully the term ‘low-wage’ is one reserved for the history books and not as a relegation to poverty for millions of Americans in this country.  Which is why all middle class people, who have good jobs, who have the ability to make change in their lives and to assist change in others’ lives must step up to do so.

The following demands should be made and the middle class must be willing to step up and make clear that they can and will make the sacrifice necessary to see to it that workers are treated fairly — and more importantly, will help to demand that the plutocracy that has arisen out of the hierarchy of work in our society be gone forever!

People should demand the following as the very basic of worker’s justice:

1.  That workers be allowed the day off on major and religious holidays to spend time with their families and in their communities.

2.  That all workers be granted health insurance and life insurance benefits.

3.  That workers with families be given a regular weekly schedule that is predictable and allows them to adjust their family lives around their work.

4.  That workers be given affordable childcare — paid either by meaningful state/federal subsidies and/or with a tax on the employer.

5.  That doling out jobs and positions by gender or race identification cease immediately.

6.  That wages be pegged to a basic needs tested standard of living measure.

As a worker, especially if you do better than a low-wage worker who serves your needs:

1. Be aware of the sacrifice made economically for your low prices — that it all too often comes from the worker, not the company owners.

2. Chose to consume less and to shop during reasonable times of the day – be the proof that worker’s don’t need to occupy a store at times when most people are at home with their families.

3.  Break down human commodification by treating all workers as your equal.  No one has more value as a person than you.  Recognize your privilege.

4.  Speak out about worker justice that you understand; make an effort to learn more.

6.  Learn to shop before holidays; spend time at home with your family and share this value with your family and friends.  Stay home on large marketed shopping days such as “Black Friday” or the day after New Year’s, do not shop stores that make their employees work on holidays or long nights or weekends.

For more reading on this topic:

Improving the Situation for Low-Wage Workers…

One in Four Workers Will be in Low-Wage Jobs…

3 thoughts on “The Hand That Feeds You”