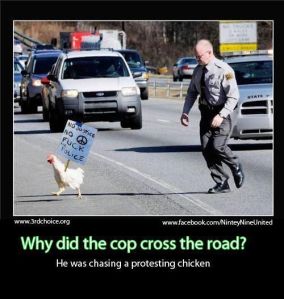 NEW YORK — According to new documents released today by the American Civil Liberties Union, the FBI is using counterterrorism resources to monitor and infiltrate domestic political organizations that criticize business interests and government policies, despite a lack of evidence that the groups are engaging in or supporting violent action.

The ACLU said that the documents released today on Greenpeace, People for the Ethical Treatment of Animals (PETA) and the American-Arab Anti-Discrimination Committee (ADC) show the FBI expanding the definition of “domestic terrorism” to include citizens and groups that participate in lawful protests or civil disobedience.

“The FBI should use its resources to investigate credible threats to national security instead of spending time tracking Americans who criticize government policy, or monitoring groups that have not broken the law,” said Ann Beeson, Associate Legal Director of the ACLU. “Labeling law abiding groups and their members ‘domestic terrorists’ is not only irresponsible, it has a chilling effect on the vibrant tradition of political dissent in this country.”

The documents were obtained by the ACLU after the organization filed Freedom of Information Act (FOIA) requests to discover whether the FBI’s partnerships with local law enforcement in Joint Terrorism Task Forces has resulted in increased surveillance of political and religious activity.