So its Friday here in the states.  The end of the week for working folks fortunate enough to still have a traditional work-week.  But still its the official end of the week. Rest a little and think a lot.

Posted this video for your entertainment.  Many of us in the activist world that are older look on these new young ones and their hipster trending as signs that popular culture has taken on our leftie values.  They have right?

Not so fast, as this video points out, hipster is just another brand of consumerism without a thought.

Sustainable living means re-using, re-purposing and re-thinking the paradigms.  I guess the hipsters tried that but the thinking part kind of eluded them and it became just another ‘next big thing’.  Us real dorks though that recycle, re-purpose, re-use and eschew of forms of consumerist driven nonsense will remain dorks and unlike ‘hipsters’ actually back up our ideas with action. 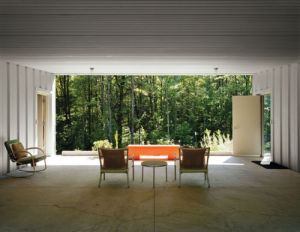 At Hipster Central HQ, applicants’ sense of irony is carefully scrutinized with the Open Door Test.

Oh and there’s the ‘elite hipster’ the one who has money, usually LOTS of money, but they humbly eschew the vulgar mainstream for a more meaningful and sustainable living environment and practice, usually constructed from large blocks of concrete and recycled steel.  Which would be fine, if it actually meant more than just showing the vile, crude proletarian how far from the center of the universe they’ve drifted.  There’s nothing more arrogant and self serving than, “Look see, you do it this way and no I don’t want it to go mainstream.”  When you’re working for the bourgeoisie revolution, you got to keep the rabble from your internal movement, lest they make it all icky and stuff and like…whatevs.

So everyone enjoy the video and here’s to having a good, meaningful Friday.