The XL pipeline that has the tacit, bit by bit approval of the Obama administration and state officials in Texas, has faced a multitude of resistors against its construction.  First an article from the LA Times of 9/5/12 that details the equipment blockades: 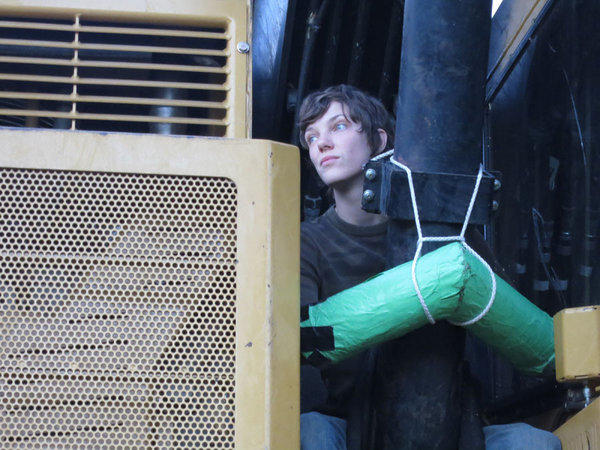 Activists battling a new oil pipeline chained themselves to bulldozers in Texas on Wednesday, temporarily halting route-clearance work in the latest protest against the Keystone XL project to carry oil from the tar sands of northern Canada.

Also, activists in East Texas have barricaded the passage way for the pipeline by building tree platforms and building scaffolding to tie the trees together in defiance of the upcoming construction crews.